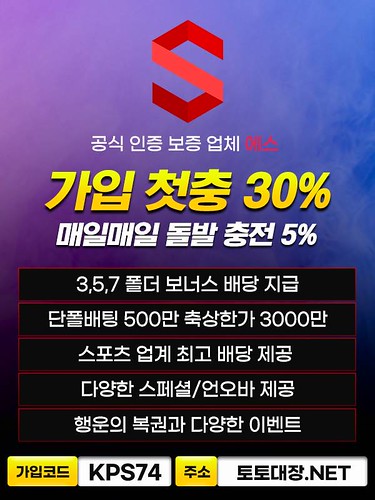 As at any level of poker, starting hands are the foundation of your holdem game. On the 1/2 6 max tables, you will frequently be facing 2 or 3 opponents with VPIP’s (voluntarily put $ in the pot…see Poker Tracker Guide for more detail) of 50 percent or more. Now, just because many of your opponents will be starting with shaky hands doesn’t mean you should stoop to their level. Texas holdem at any level is about playing starting hands with positive expected values. The other poker players’ looseness combined with the fewer number of opponents will allow you to play more hands, but it is still optimal to keep your VPIP below 30.

In general, playing 6 max, raise with any Ace with a kicker of ten or higher, King-Queen and King-Jack, and Queen-Jack suited as well as pairs down to nines. You should limp with any two cards ten or higher in any position. In the last two seats, you can play any two cards nine or higher. Suited connectors down to 65 can be played anywhere and any other hand with two suited cards 8 or higher as well as suited Aces can be played. Pocket sixes and sevens are playable anywhere. With the smaller pockets, play them if there are two limpers ahead of you. The hands you decide to play in the first two seats can be extended to some of the suited connectors or lower pairs if you are playing at an exceptionally passive table with little raising.

Most of the hands we advised you to play should be opened for a raise in those rare cases when you are on the button in a pot that hasn’t been entered. Beware…stealing the blinds is very difficult in low limit shorthanded texas holdem. Most poker players playing this level will call your raise with virtually anything in the big blind. Many will call from the small blind. Steal raises from the cutoff seat are generally not advisable. You may stretch your raising requirements SLIGHTLY if first in after two have folded, but remember you’ve still got 60% of your opponents yet to act. Raise when you can expect to narrow the field to one, for then you will be in the driver’s seat.

Shorthanded (6-max) holdem is typically characterized by aggression. This is true in the low limit shorthanded 6 max games as well, however, the unbridled aggression effective at higher limits may not serve you as well in low limit poker. You must remain aggressive, but beware that the conditions are different and you may not be able to bully your way to as many pots. Typically, your preflop raises will be met by two or more callers. If you raise with two high cards and miss the flop, you are probably behind in the hand. With two opponents, we advocate betting the flop. One luxury of low limit poker is that your bets will not often be met with raises or check-raises.

The 6-max tables are filled with calling stations…your best hands will get callers, but if you raise with KQ and there’s an ace and two rags on the flop, you will not be able to bet your opponent’s pocket twos off the hand most of the time. Similarly, hands like pocket sevens that are good raising hands shorthanded in higher limit poker are not profitable when raised at low limits. With multiple callers expected, you will probably have to hit a set to win…so raising increases your investment and is a poor play from an expected value standpoint.

If you’ve hit your flop, then you must be extremely aggressive. Slow playing is generally a no-no (unless you have a set or are heads up, then there are times when a slow play is called for). Remember, most of these low-limit hold em players will call you down with hands like middle or bottom pair, a gutshot or even an overcard or two. Don’t allow them to bad beat you cheaply. Make them pay to see their longshot draws. Extract your money from them when you’ve got the edge. Remember also that in shorthanded poker games top pair with mediocre kicker is a much better hand than it is on full tables. If I flop top pair with my K2s in the small blind, i am usually going to check raise. Check-raising out of the blinds is very profitable.

Late players will bet their gutshots or bottom pairs, and, more importantly, will pay you off to the river after your check-raise. This is an important play…not only will it earn you money when it works but it will discourage players from trying to steal pots. Check-raises with just top pair are extremely rare at low limit holdem, and your opponents will make note of it and fear you. Any flop in which you have top pair should be raised, unless there was a preflop raiser. Then, use your judgement as to whether he should be checkraised, depending on the board and his raising frequency.

Low limit shorthanded (6 max) texas holdem is a game swimming with fish. If you play tight, aggressive poker you will win at an astonishing rate due to the poor play of your opponents. Stay aggressive, but bear in mind that the number of opponents will dictate whether you should go full throttle or put on the brakes. Hop onto the 1/2 6 max holdem tables at Party Poker today, follow these guidelines and I guarantee you’ll be a profitable poker player.