﻿The World Series of Poker – Let the Games Begin 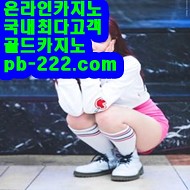 In days gone by the game of poker was reserved for dimly
lit barrooms, and back rooms filled with smoke. Times
have changed. Poker has become nationally recognized as
a game, not a bar-brawling excuse for fighting. Millions
follow the world series of poker.
Initially the world series of poker was an event held in
Las Vegas mainly to draw publicity. Now the world series
of poker is nationally televised, and has huge crowds as
the games progress. There’s even been best-selling books
written about the world series of poker.
No longer an evil, threatening type, the world series of
poker attracts the interest of everyone. Men and women
alike are mesmerized by people like Mike “The Mouth”
Matusow, who recently won $1,000,000.00 at the tournament
of champions in Las Vegas. This tournament began with 114
players. The final table lasted more than eleven hours.
Phil Hellmuth, gave Mike a close run being the second
highest chip beginning the second day of the tournament.
There’s a wide variety of influences and personalities of
those who play the world series of poker. Everything from
the cowboy type, to Rene Angelil, who is the manager of the
international diva, Celine Dion has made it to the world
series of poker. The variety of the kinds of people who
make it to the world series of poker isn’t limited to the
old time evil perception of those who play.
One of the oldest and most well know poker legends who
playing in the 2005 world series of poker was Doyle Brunson
Brunson with a 50 year poker career, is perhaps the most
widely known professional poker player. Unfortunately
and surprisingly Brunson was eliminated on the second day
of play at the tournament of Champions.
Steve Dannenmann a modest 39-year-old CPA and mortgage
broker from Severn, Maryland got the attention of the poker
world by outlasting 5,617 players in the main event at the
2005 World Series of Poker (WSOP). He was within one hand
of achieving championship, but ended up as the second place
finisher to Joseph Hachem. When asked about his achievement
and winning $4,250,000 in prize money, Dannemann is
reserved. He says he is just lucky to be playing with so
many great players. Yet, as witnessed by his participation
in the 2005 Wolrd Series of Poker, Dannemann’s mild manner
hides a tremendous talent in tournament poker.
The World Series of Poker is a fascinating event and the
2006 World Series of Poker promises to show-case
world-class talent and excitement. Be sure to check it out.